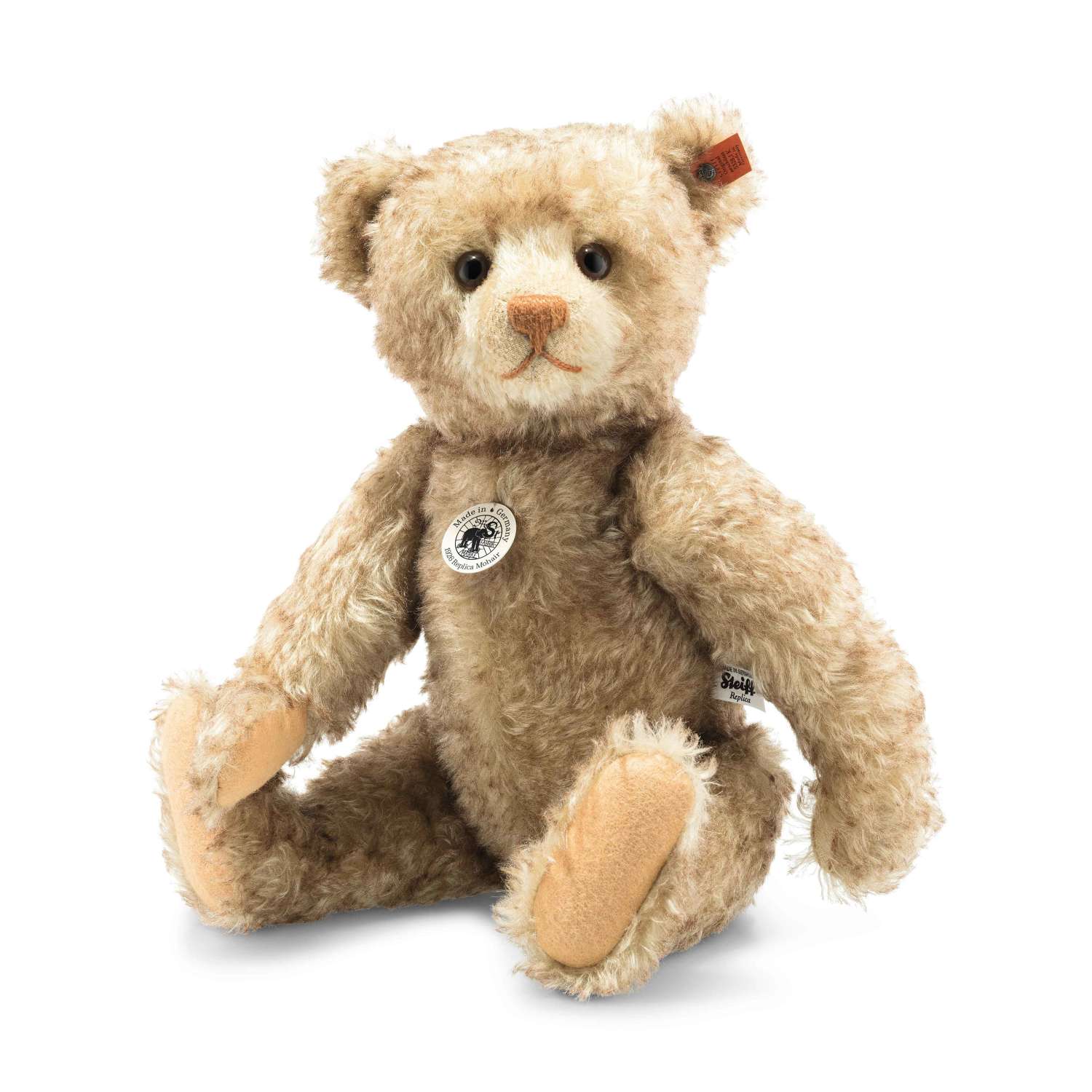 In the “Roaring Twenties”, Steiff launched a variety of lively, cheerful spirited bears that could not fail to match the mood. The most coveted of these were tipped mohair. These beautiful bears had large welcoming pupil eyes, a less pronounced snout and overall had a softer, friendlier face. At the 2002 Steiff Festival, a tipped Teddy bear from 1926 sold for 156,240 Euros and still holds the World Record as the most expensive auctioned antique Teddy bear ever! This was the second time a tipped Teddy bear from 1926 broke the World Record!

Just like the original, Teddy bear Replica 1926 has a squeaker and it comes in a limited edition of 926.